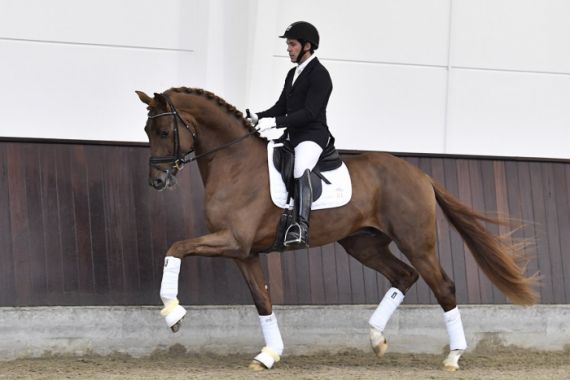 Vivino was the Premium stallion and price record holder of the 2018 Hanoverian Stallion Licensing in Verden. The incredible price of 2.01 million euros topped all previous records of stallion licensings worldwide and characterizes this young stallion as a champion among all newcomers of the 2019 season. He has much glamour and charm and this combined with explicit masculine expression and flawless exterior make him highly desired. Three outstanding gaits and, as expected, the best rideability are values that complete the overall picture.

His sire, Vivaldi, was reserve champion at the stallion performance test, won the Pavo Cup in the Netherlands at the age of five and was the winner of the final in the KWPN championship for stallions in 2009. He was internationally successful in dressage under Hans-Peter Minderhoud and has delivered over 30 licensed sons in Germany.

The dam, Desiree, completed a very good mare performance test and was placed fourth in the premium ring at the Herwart-von-der Decken-Schau 2013. She is a full sister to Die Valentina, who produced a licensed son in 2017 with Livaldi by Livaldon.

The grand sire, Dancier, was champion stallion of the 2004 Hanoverian Stallion Licensing in Verden, in 2005 was winner of his performance test in Adelheidsdorf.  In 2006 he became Hanoverian vice-riding horse champion and bronze medal winner of four-year-old stallions at the Bundeschampionship in Warendorf. Later he became successful up to level-S and delivered over 30 licensed sons, including several price highlights at auction. His offspring are successful dressage horses up to Grand Prix-level and are in high demand at auction. 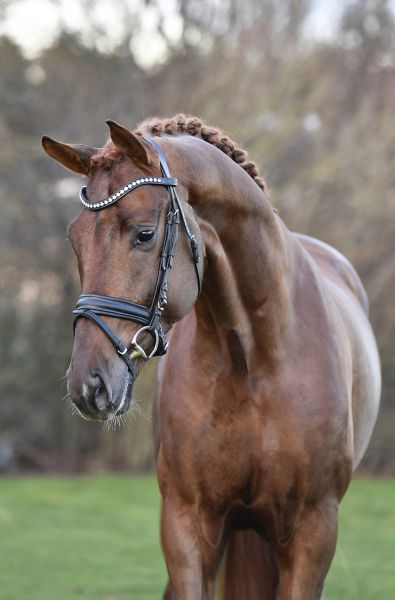 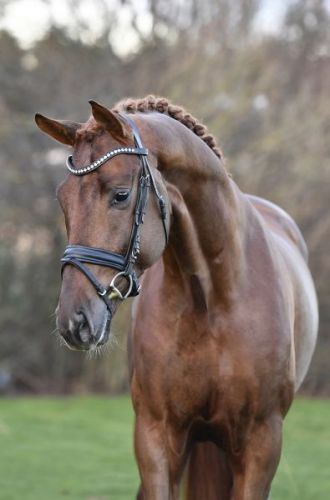