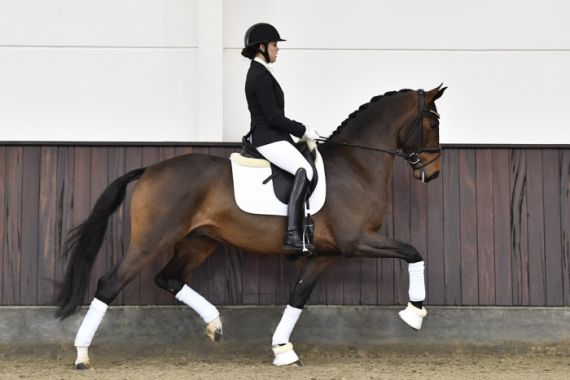 This Premium stallion of the 2018 Hanoverian Stallion Licensing presents himself very confidently.  With his quality interior, Vendome convinces with his expressive movements in all three gaits and this has already qualified him as a potential dressage sire for the highest standards.

His sire, Veneno, was a finalist in the 2015 German Bundeschampionship and has meanwhile been victorious at M-level. In 2018, he made a brilliant debut at various German licensings and he immediately delivered four licensed sons, several of which were awarded premium stallions.

The dam, Felina Salentina, completed a stellar mare performance test and was awarded Premium mare at the 2010 Rheinlander Elite Mare Show in Wickrath. The grand sire, Fidertanz, began his extraordinary career in 2004 as a Champion at the NRW main licensing in Handorf. In 2005, he became Vice-Bundeschampion and in 2006, he received the Main Premium stallion award at the Oldenburg licensing. Later on he was successful in Grand Prix and has delivered over 52 licensed sons, many who are quite popular as sires and in sport.

The grand dam, St. Pr. St. Salice Salentina, produced the licensed stallion Ludowig in combination with Lord Carnaby. In the third generation of his pedigree, you find the influential stallion Sandro Hit who has reformed the world of dressage horse breeding over the past 25 years and has produced countless successful offspring all over world. 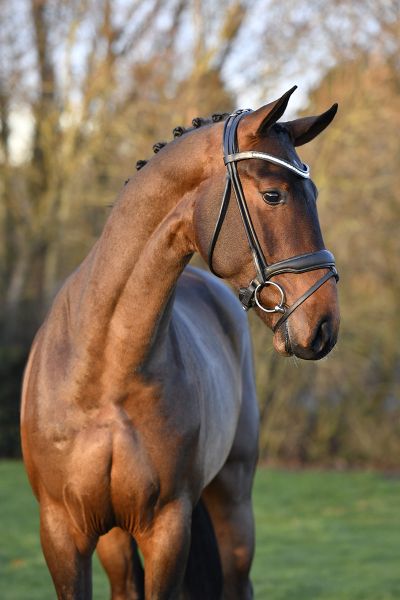 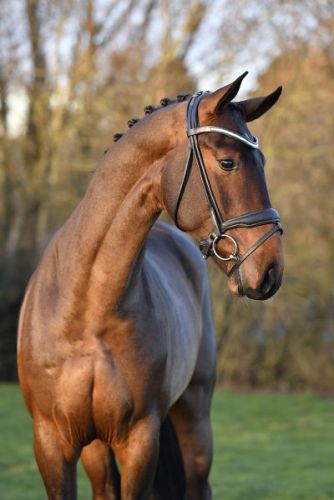