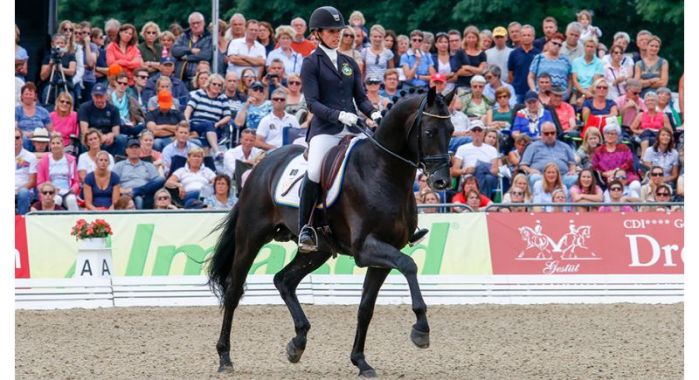 Van Vivaldi is an elegant stallion with distinguished hind leg action, combined with elasticity and softness. Van Vivaldi has a beautiful lightness, impressive balance and he carries himself easily.  He has an exterior that suits most Swedish mares.

Van Vivaldi was approved in Münster-Hahndorf 2012 as the first reserve stallion and won the Swedish licensing for dressage stallions in 2014. He was considered a very expressive and elegant stallion of modern type and rewarded for very fine mechanics, balance and ease of movement.  He was described as active, clean and flexible with big reach for his walk. His trot is light, uphill, elastic with very good mechanics and self-carriage, while the canter is very light, active, rhythmic, elastic with great self-carriage even on a long rein. Van Vivaldi can be used on many different types of mares with great advantage, especially to improve ease in both type and movement. In addition, he also gives his offspring uphill gaits that are active with self-carriage and charisma.

In 2019, we see Van Vivaldi's sons getting approvals and they are of a good type and with attractive basic gaits. Offspring in Germany are successful in the young horse classes. At the 2018 Oldenburg's Championship for 3-year-old riding horses in Rastede, a Van Vivaldi offspring won, and at the Bundeschampionate the same year, Venecia OLD (Van Vivaldi) became the Reserve Bundeschampion in the 3-year-old mares and geldings class.

2018 was a busy year for Van Vivaldi as he competed with great sucess in the small-tour, with many victories through Intermediare I including a double-victory at Djurgardens Ridklubb.

In 2015, Van Vivaldi participated in the finals at the Scandinavian Open in Falsterbo, then finishing his competition year as the best Swedish horse in the World Championship for five-year-old dressage horses and he was awarded a maximum of 8.76 points.

In 2016 Van Vivaldi didn't compete much because he was so highly sought after in the breeding. With his well-being in mind he only competed three times. All victories with over 80%. Later that same year Van Vivaldi and Caroline Darcourt won the Breeders Trophy for six-year-old horses with 86.4%. He received a word of praise from the judges, led by Mariette Sanders van Gansewinkel with remarks as; a fantastic horse with three very correct gaits. The walk has a good overreach.

The Swedish offspring have proven to be of a very appealing type, flexible with a natural ease of movements. Two offspring were taken to the elite foul auction in 2016. Van Vivaldi had his third son approved in January 2017 and this three-year-old son was approved in Munich, where he later was sold at the following auction.

Van Vivaldi has performance blood from the international arenas. Sire Vivaldi, who was ridden by Hans-Peter Minderhoud, is one of Europe´s most wanted dressage stallions. Vivaldi scored over 8.5 in all three gaits during his licensing and continued successes in sport by winning the Pavo Cup as a five-year-old and numerous other stallion classes. He competed up to Grand Prix with Hans-Peter Minderhoud and has become a highly sought-after breeding stallion in Europe.  Descendants on the mare side combine Jazz with the trakehner stallion Biotop-- Reiner Klimke's last, great Grand Prix horse, to produce this talent.

Sire and damsire, Jazz and Olivi, have both competed at Grand Prix dressage and are at the top when it comes to giving gaits to their descendants. Jazz is third in WBFSH "Top 10 Dressage Sire Ranking 2013" and has many accomplishments in breeding and sport. 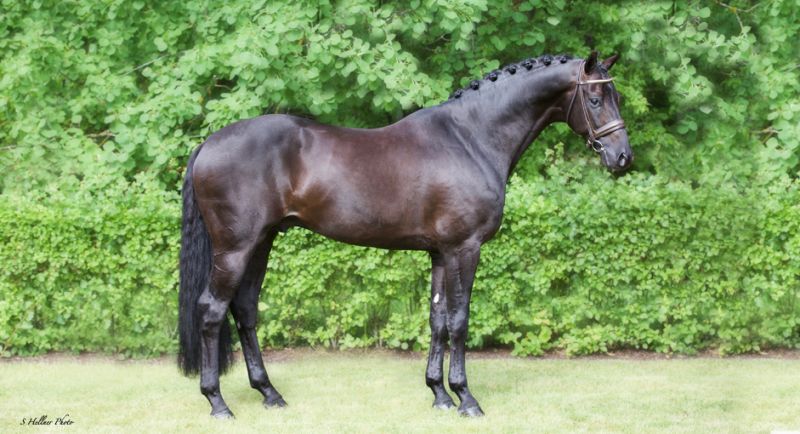 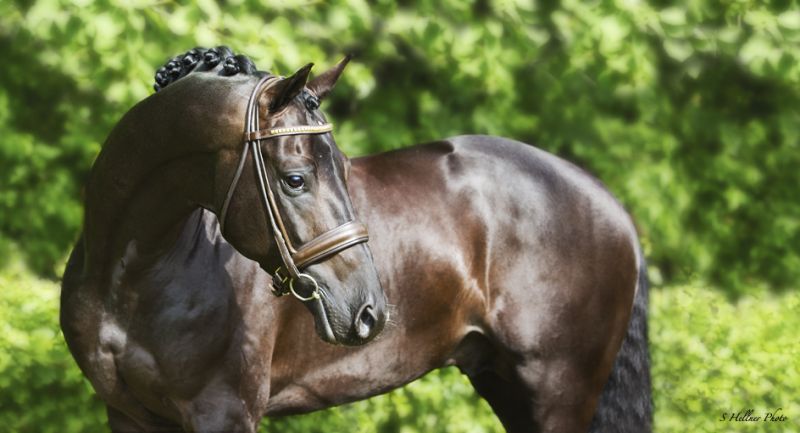 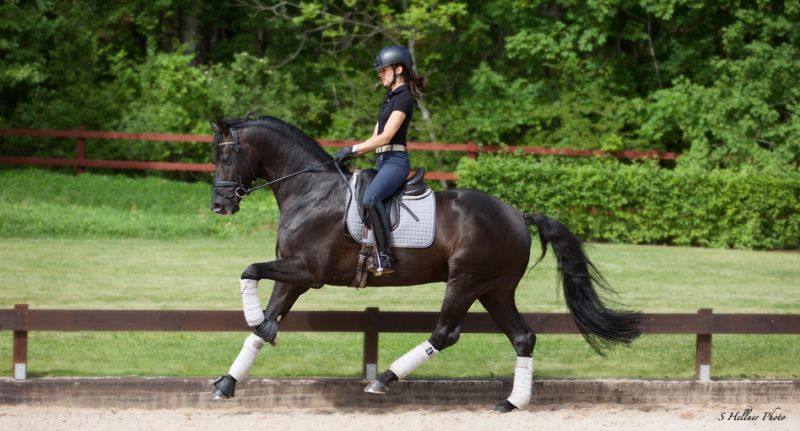 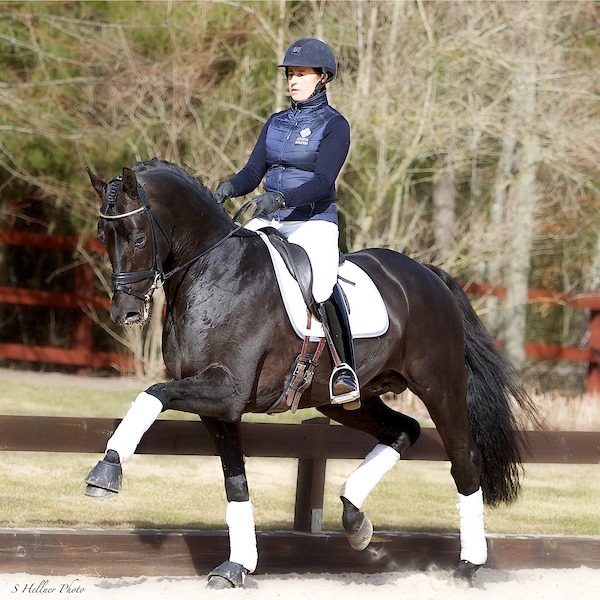 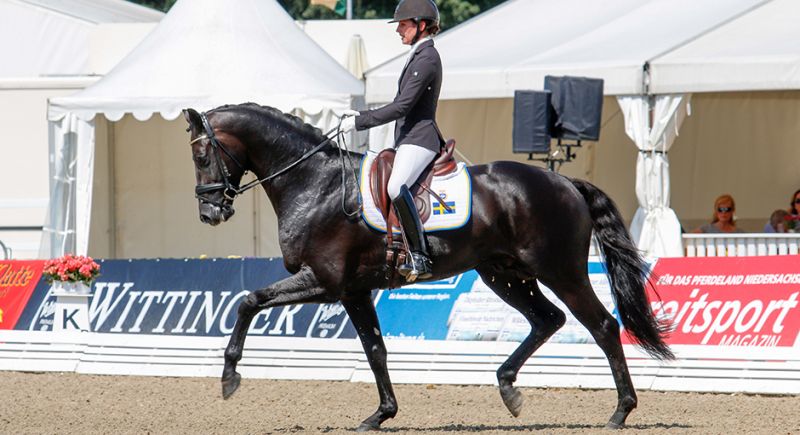 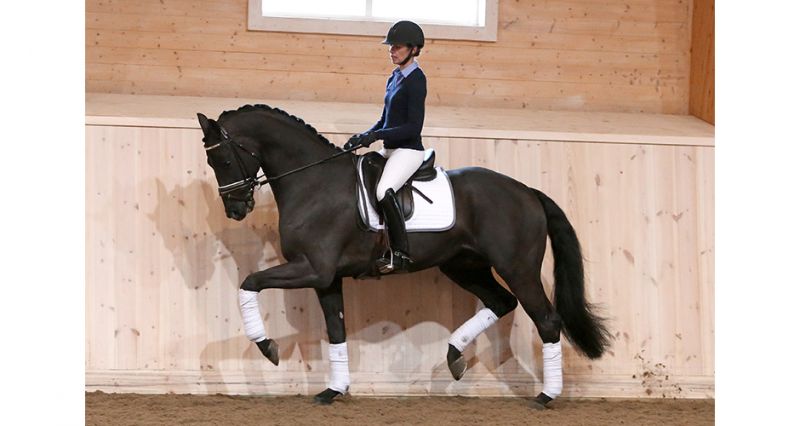 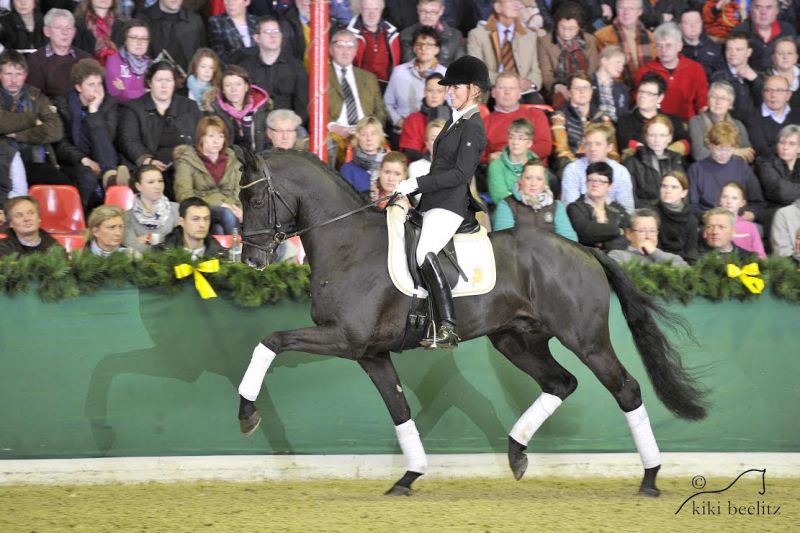 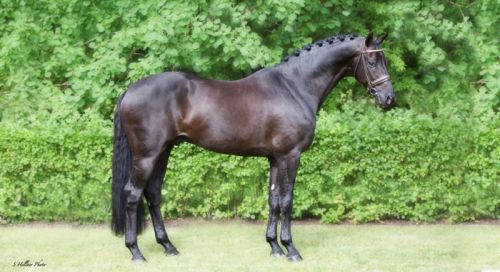 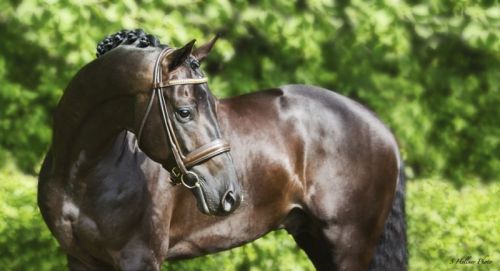 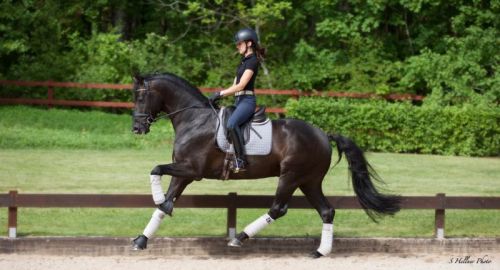 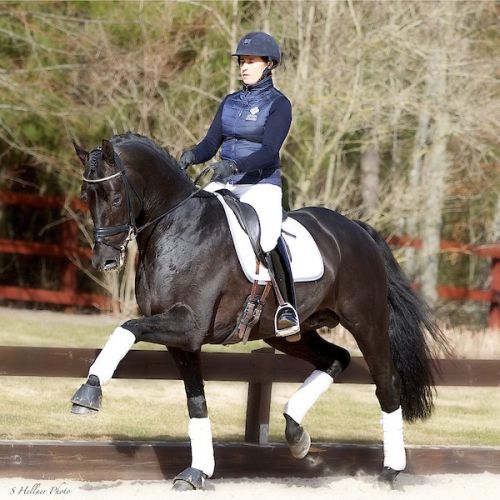 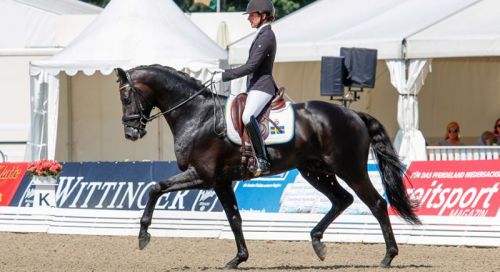 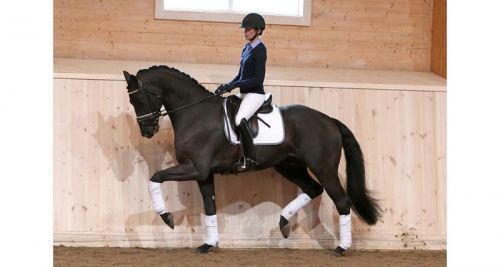 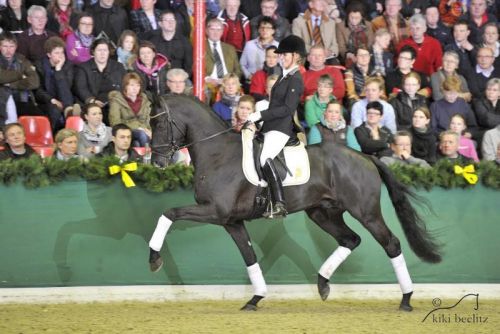