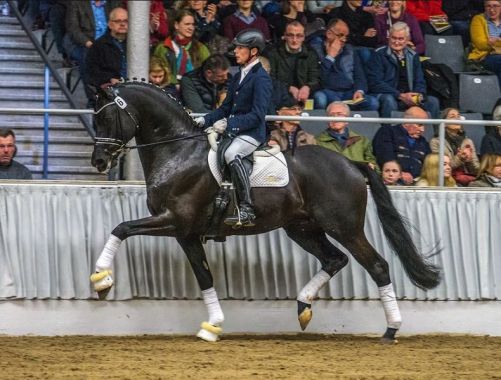 Schwarzgold has been revered for his modern blood-type and exceptional gaits.  As a breeding stallion he is extraordinary due to the high percentage of thoroughbred blood in his pedigree. The combination of Imperio and Consul in the pedigree indicates his exceptional dressage qualities.

He was awarded premium stallion at his licensing in Neumuenster in 2011, and in 2012 he was awarded again at the Danish Warmblood Stallion licensing in Herning.  In the fall of 2012, he completed his 30 day test in Adelheidsdorf with a total score in dressage of 7.76.  His score was 7.25 for walk, 7.75 for trot, 8.25 for gallop, 8.0 for rideability, and an 8.0 for temperment. In 2013 he won the championship for 4-year-old stallions.  2014 was a good year for Schwarzgold as he and his rider Sascha Boehnke qualified for the Buneschampionate in Warendorf.  The following year Schwarzgold became one of the top three Trakehner sport horses and his now competing in the S-class.

As a sire, Schwarzgold has produced sensational offspring with numerous champion foals that fetch high prices as auction.

His dam sire, Imperio, has had an extraordinary career by gaining title of Reserve Champion at his Trakehner stallion licensing in 2005, Trakehner Champion of four-year-old stallions in 2007, Vice-Champion in 2009 and Bundeschampion in Warendorf. Under Hubertus Schmidt, he has shown his qualities with impressive performances at international tournaments in Hagen, Lingen and Aachen. Up to Grand Prix he is currently on the of the best dressage horses and was a member of the German A-squad dressage team and in 2016 was a reserve horse for the German team at the Rio Olympics. His breeding credientials and high-class qualities are proven by his over ten approved sons, amoung them five premium stallions from his first years of breeding in 2006-2010. 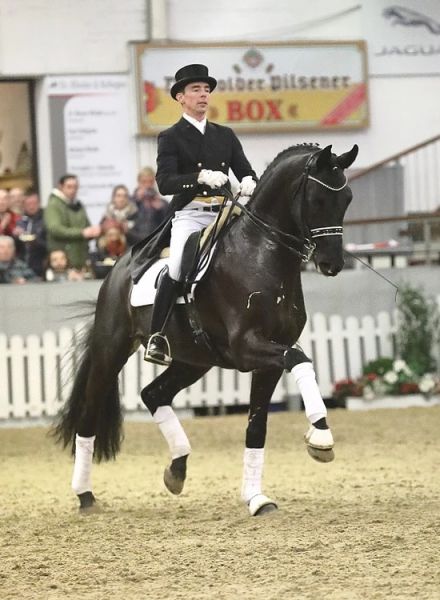 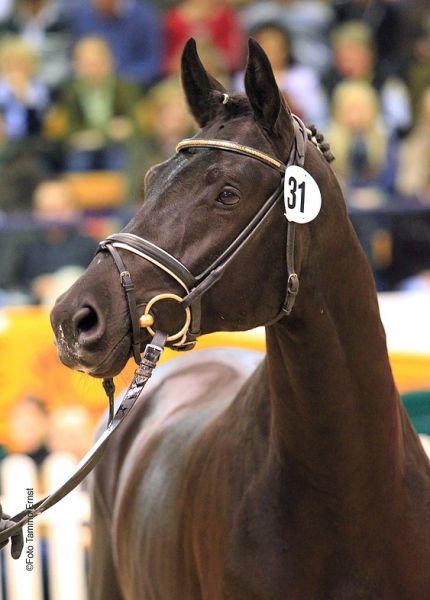 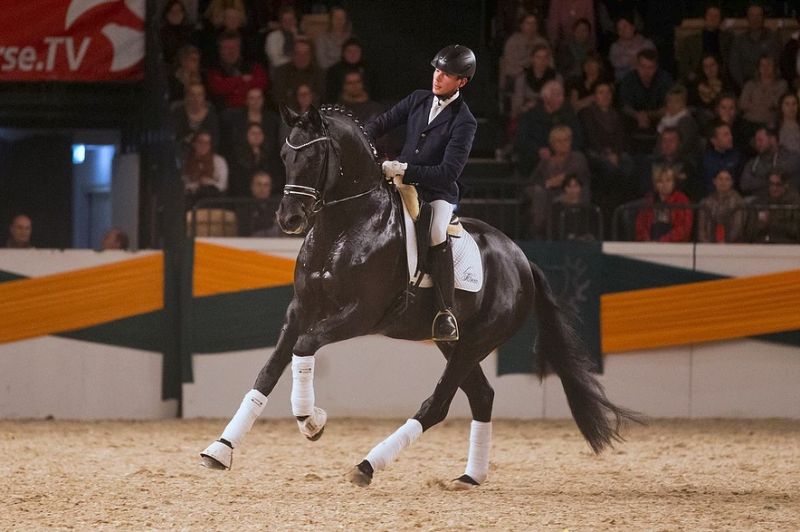 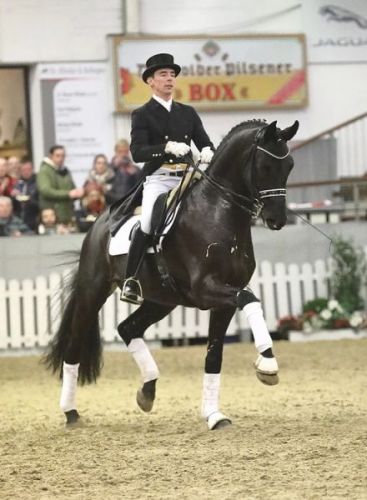 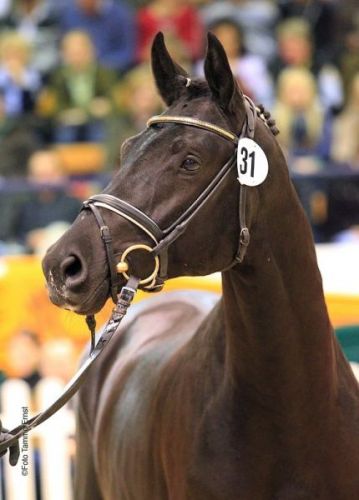 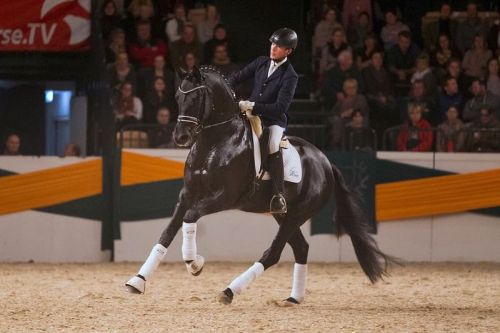