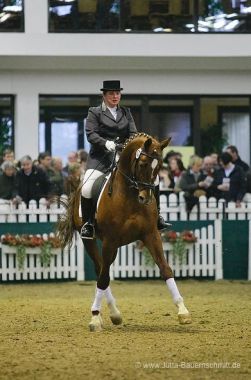 Rheinklang has an attractive pedigree with the combination of the Dutch Trakehner Grand Prix dressage stallions Gribaldi and Partout.  He himself has developed in recent years more and more to become a top sire and his offspring have been quite successful in sport.  So far, over 18 of Rheinklang's daughters have been registered, of which 13 became gained premium status in the top group and with high scores.  With the price peak of the 2015 foal auction, his son Zauberreign became the reserve winner of the 2016 licensing.

Rheinklang's progeny performance is also reflected in his breeding values. For example, Rheinklang placed first in the breeding value estimation of the exterior, published in the 2016 HVP of the Trakehner Verband, and thus leads the ranking of Trakehner sires with a total breeding value of 137. The peculiarity in all criteria to have a breeding value of> 120, describes its complete heredity at a high level. Furthermore, he is the only sire who has breeding values ​​of> 130 in all three basic gaits (step 132, trot 152, gallop 141). 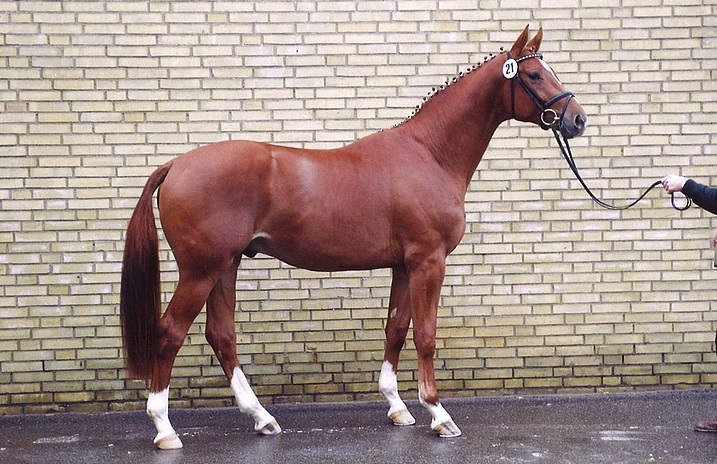 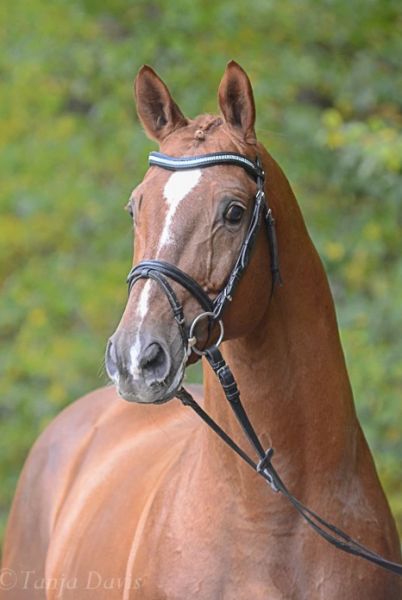 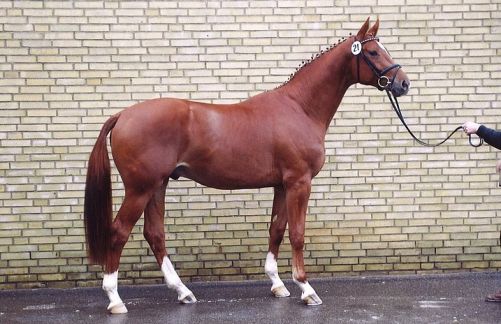 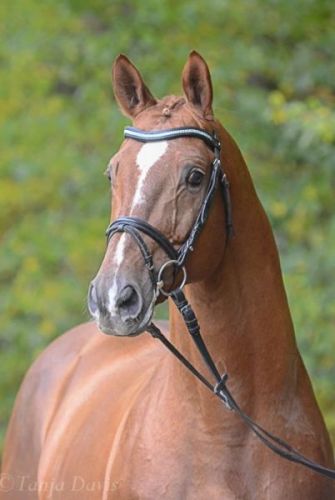