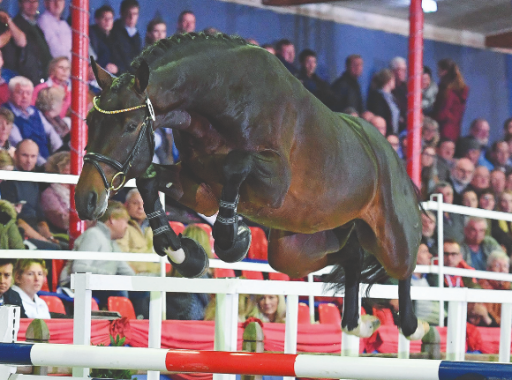 Jumper with strength and power!

At his licensing in Vechta, the already ideally developed youngster was unquestionably eye catching. Quickly has a highly interesting combination of blood in his pedigree. When jumping, Quickly is playing with the requirements and always mastering the situation. He is a show jumping prospect for riders with the highest demands.

His Selle Français sire, Quickly de Kreisker, was a very successful show-jumping stallion with Abdelkebir Ouaddar/MAR. The pair came in 13th at the World Equestrian Games in 2014 in Caen/FRA,11th at the World Cup final in 2014 in Lyon/FRA, took part in the Olympic Games in 2016 in Rio/BEA and countless victories in Paris/FRA, Doha/KAT and Chantilly/FRA.

His dam, St.Pr.St. Gitania V, competed successfully in show jumping classes up to 1.40m. She is the full sister of the internationally placed General Guschtl/Angelique Rüsen and half-sister of the licensed stallion Alposchino (by Argentinus)/Stefan Unterlandstättner.

His dam's sire Grandeur won the Derby three times and was the most successful show jumping stallion of his time with 1.5 million German Mark's worth of prize money. 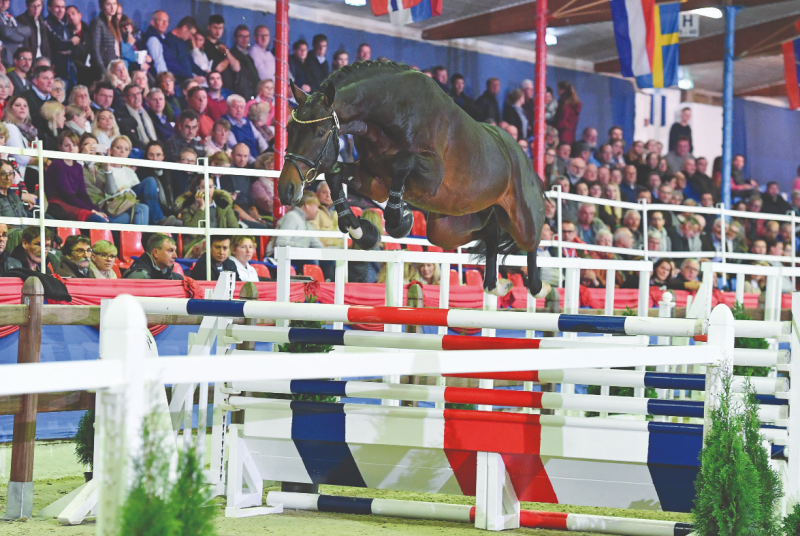 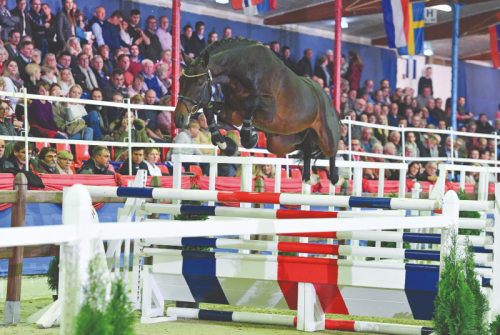