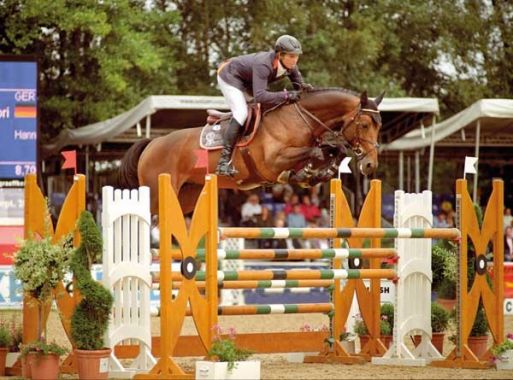 Strength and power with endless scope and technique are criteria that this stallion carries with ease.  Messenger is an ingeniously bred young stallion that comes directly from the dam line of Stakkato.  This stallion unites a fantastic jumping-technique with brilliant a attitude toward performance with highly valuable, internationally proven genetics.  In his 30-day test, Messenger recieved a 10.0 for free-jumping, 9.5 for canter, 10.0 for jumping ability, 9.0 for both willingness to perform and constitution – leading to a final score of 9.40 with emphasis on jumping in 2011.

In 2014 Messenger was Vice-Champion of seven-year-old German show jumping horses at the championships in Warendorf with Florian Meyer z Hartum and together they have already had their first international successes.  In 2015 and 2016 Messenger won, with different riders each time, the Redefin championships which is international S*** level show jumping. Prior to that in 2012 and 2013 he was already victorious at show jumping competitions of L and M level.  Even still, after very convincing rounds he placed in every German National championship finals.

Sire Montender was Individual and Team European Champion with Marco Kutscher, and achieved the Individual and Team Bronze medal at the Olympic Games in Athens.  He was the 2003 German Champion and runner-up in the German Championships in 2005. He himself chalked up more than 578,000 euros in competition winnings and produced numerous successful 1.50m level horses, such as the two-time Bundeschampion Monte Bellini who is competing internationally successful under Philipp Weishaupt.

Messenger's dam, Barbie Girl, originates from the three-time World Cup winner and 2004 Individual Olympic winner Baloubet du Rouet, who with Rodrigo Pessoa became the most successful sport stallions in the world at this time. Her dam Samsara is full-sister of Eva Bitter's Bundeschampion Stakkato, who chalked up more than 1.2 million euros in competition winnings and produced 56 licensed sons, as well as, numerous globally successful sport horses such as Satisfaction/Marco Kutscher, Argelith Sambuca/Eva Bitter, Sammy Mad Jo/Marie Lütgenau and several others. Messenger's granddam Samsara presented the well-known licensed stallions Bolero de la Vie Z by Berlin, who was auctioned for 29,000 euros as a foal, and Figaro C by Berlin, as well as, For Pleasure's son For Hero. 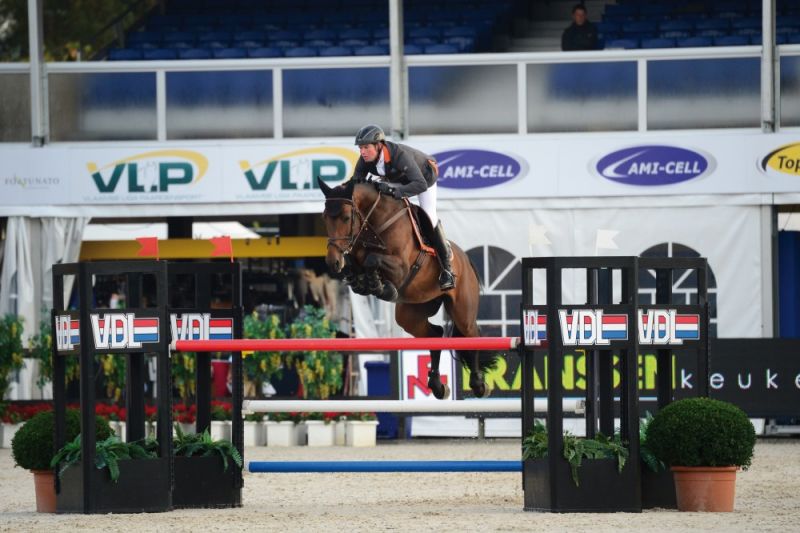 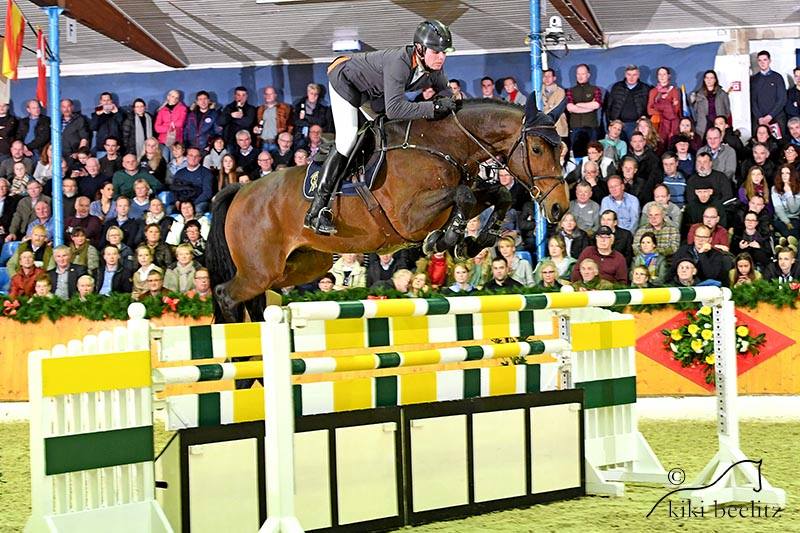 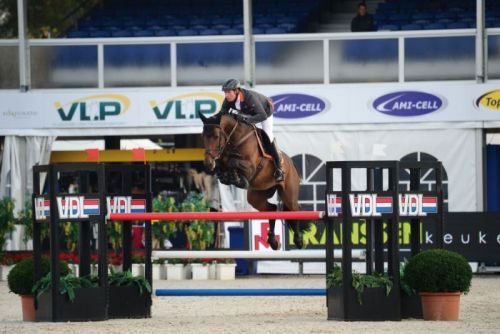 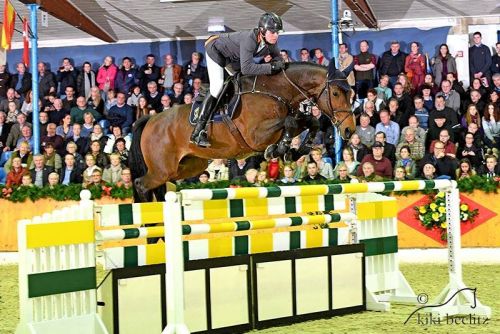