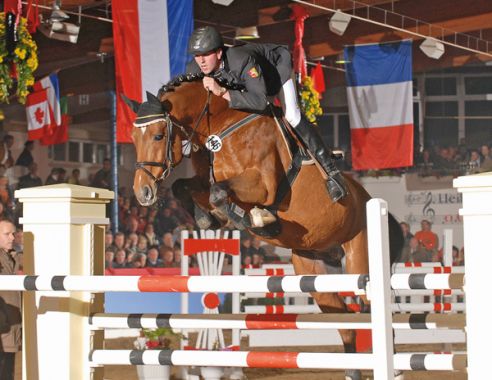 A powerful, athletic Landor S son with unmistakable performance indicators, Ludwig von Bayern was one of the darlings of the public at the Oldenburg Stallion Days of 2001. Nimble through and through, he is equipped with a gallop that one could easily get high on. Here the showjumping sport becomes a real experience : ability, leg technique and bascule of a class rarely seen.

From his first year, Ludwig von Bayern was able to boast with Ludwigs As, the best jumping stallion at the Oldenburg licensing, and a year later with the champion stallion at the OS licensing, Ludwigs Champion. His son Ludwigs As, who is now placed in S **, was proclaimed the main premium winner in jumping in Vechta and his daughter Luca became reserve champion in the elite mare show of the Oldenburg International jumping horse breeding association.In 2009, with Raja Luzandra, a daughter of Ludwig von Bayern (mother of Lordanos ) became the annual champion mare of the Oldenburg-International Show Jumping Association. To date, many of his sons have been licensed.

His dam is the full sister of the stallion Lanacar, who is an accomplished hereditary transmitter in Bavaria. There is a threefold Ladykiller xx influence in the earlier generations. His performance is assured in the dam line through the "Westphalian Heroes" Pilot and Damokles. This line, which originated in Hanover, also produced renown stallions such as Donadoni, Iroko (Netherlands), Pinocchio, Graf Aramis and the successful international showjumper Aramis/Franke Sloothaak. 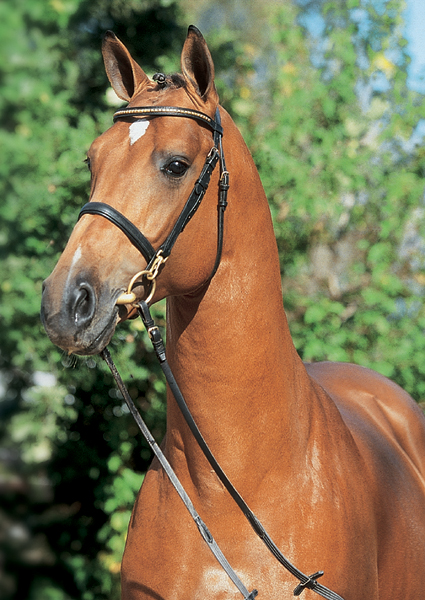 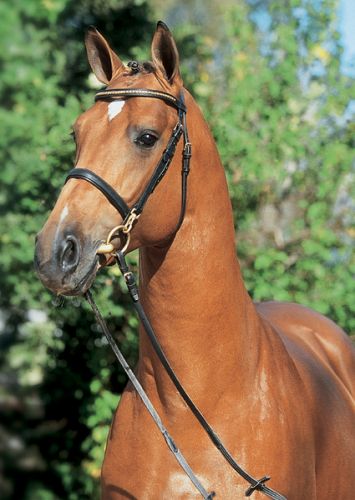