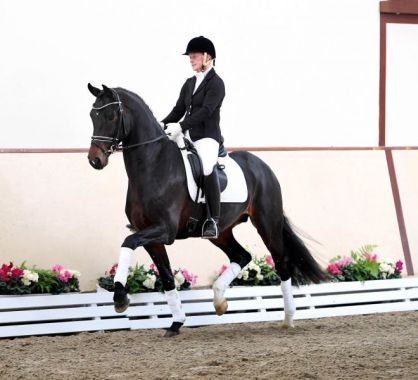 Great Schufro is a elegant young stallion who has become a highly demanded young athlete.  He thrilled the audience at the 2016 Oldenburg licensing in Vetcha with his masculine aura, ideal body harmony, the exquisite scope in his shoulder movement, and the superior and energetic use of his hindquarters.

His sire, Grey Flanell embodies international bloodlines with the Trakehner shine and nobility.  Grey Flannel competes up to the highest level and has already set standards with his first crops and numerous of his descendants have attained top auction prices.  His dam, the elite mare Dina has also produced many quality offspring and herself is the daughter of Don Schufro--a stallion who has reach legendary heights and is also sought after for breeding.  In 2016 Grey Flanell presented his first crop of sons for licensing in Germany.

Great Schufro's dam, elite mare Dina, has already produced the licensed stallion Roadrunner from a crossing with Romanov.  Dina is the daughter of Oldenburg top sire Don Schufro who has written history in Danish dressage with Andreas Helgstrand.

Great Schufro represents the Hanoverian mare family 498/Folia who has produced over 18 licensed stallions and many successful show jumpers. 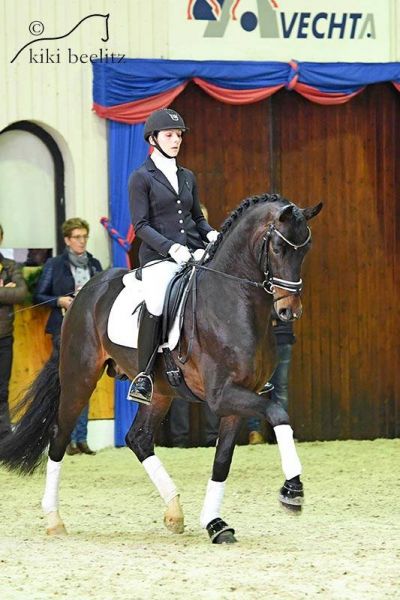 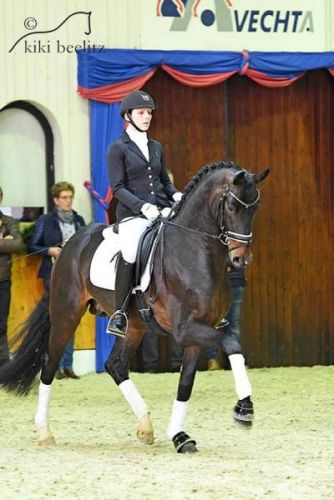