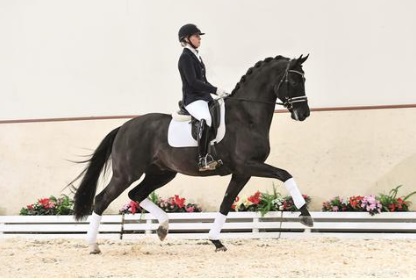 With wonderfully engaged movement and beautiful expressiveness, this extremely charming youngster has potential for the big arenas. In 2018, Donier finished his stallion performance test in Schlieckau in the top group, with expected high scores for basic gaits, willingness to perform and overall impression (9.0 each).

His sire De Niro was successful at Grand Prix level at the age of eight and, among other successes, winner of the Dressage Derby in Hamburg with riding master Dolf-Dietram Keller. De Niro has now led the WBFSH ranking list of the best dressage sires worldwide for six years. There are no championships in which his offspring, including Desperados FRH/Kristina Bröring-Sprehe, Dablino/Anabel Balkenhol, D'Agostino FRH/Fabienne Müller-Lütkemeier, Delgardo/Beatriz Ferrer-Salad/ESP, Voice/Edward Gal/NED and Deep Impact/Severo Jurado Lopez/ESP, do not fight for medals. Over 220 advanced level horses are registered in Germany alone and have won over 3.1 million euros in prize money for their father. With 100 licensed sons, De Niro will have a lasting influence on dressage horse breeding.

In the next generations of Donier's pedigree appear the stallion lines of Lauries Crusador xx, Sandro Hit and Donnerhall. 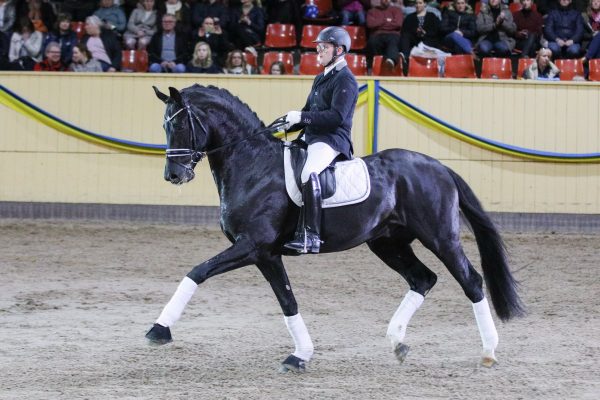 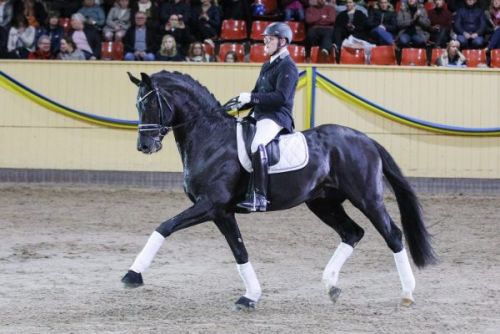