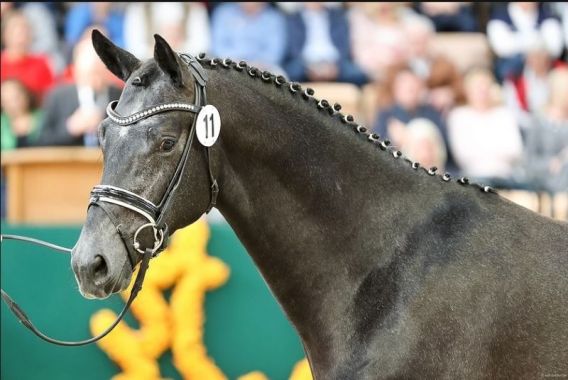 Dezember was honored as premium stallion at his licensing during the 2017 Trakehner Stallion Market in Neumuenster. His training as a young stallion in dressage has headed to top level quickly and he completed his performance test with a final score of 8.65 in third place.  His athletic conformation with good lines, combined with elastic and flowing body movement and impressive hindleg, make him a promising newcomer.

Dam sire Imperio has had an extraordinary career by gaining title of Reserve Champion at his Trakehner stallion licensing in 2005, 2007 Trakehner Champion of four-year-old stallions, Vice-Champion in 2009 and Bundeschampion in Warendorf.  Under Hubertus Schmidt, he has shown his qualities with impressive performances at international tournaments in Hagen, Lingen and Aachen.  Up to Grand Prix he is currently on the of the best dressage horses and was a member of the German A-squad dressage team and in 2016 was a reserve horse for the German team at the Rio Olympics. His breeding credientials and high-class qualities are proven by his over ten approved sons, amoung them five premium stallions from his first years of breeding in 2006-2010.

Dezember comes from the dam line of the A3A Donna. This dam line, originally based in the main stud farm Trakehnen, is today one of the most successful strains Trakehner breeding in the sport. 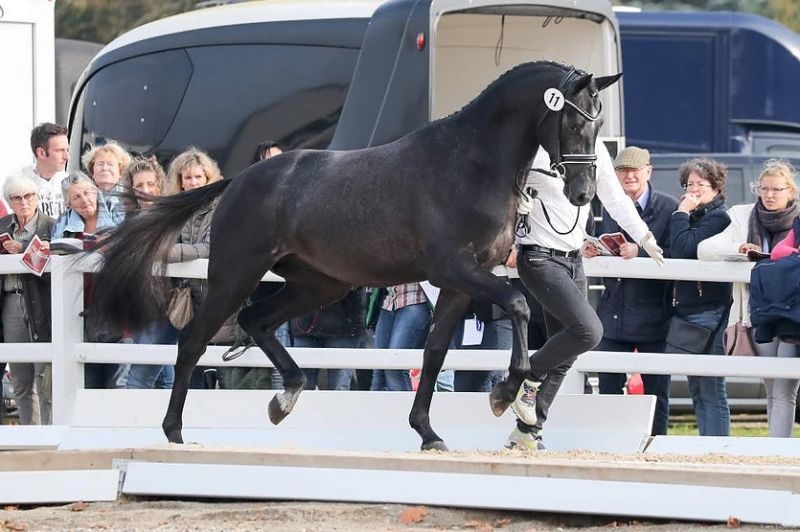 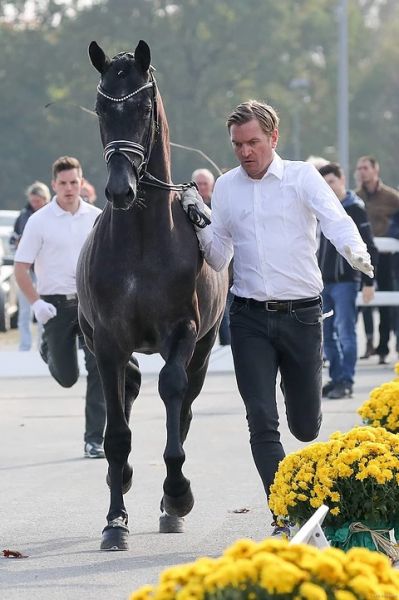 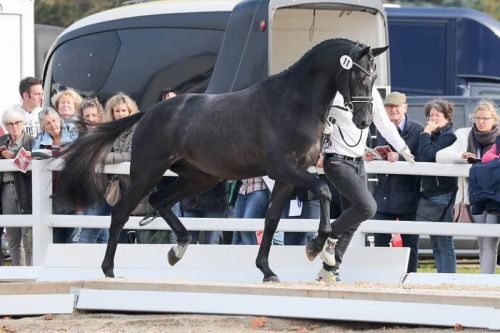 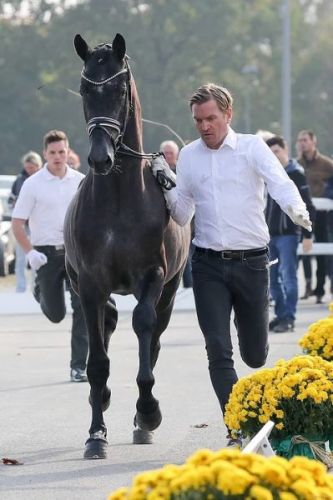