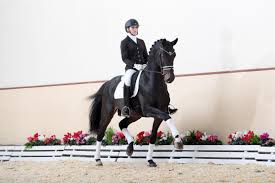 The highly sought-after stallion, De Angelo, was awarded with the title of Reserve Champion of the Oldenburg Stallion Days, in 2017.  In the footsteps of this sire, Don Schufro, De Angelo is typey and possesses excellent paces and top-quality, hind leg activity.

De Angelo revives the spirit of the stud farm Vornholz, and Clemens Freiherr von Nagel, a legendary facility in Ostenfelde, Westphalia.  This breeding legacy has been state-of-the-art in developing top, international, sport horses in both dressage and jumping, successful up to the Olympics  Both De Angelo's dam and sire come from the legendary Vornholz main breeding line of Finnlanderin.

De Angelo's sire, Don Schufro, is currently considered to be the most influential representative of the Vornholz breeding philosophy.  His dam, St. Pr. St. Florenz, again, leads directly back to the valuable Vornholz legacy as a product of Stedinger, the three-time successful German champion Dinard L, and the stallion of the century, Ramiro. 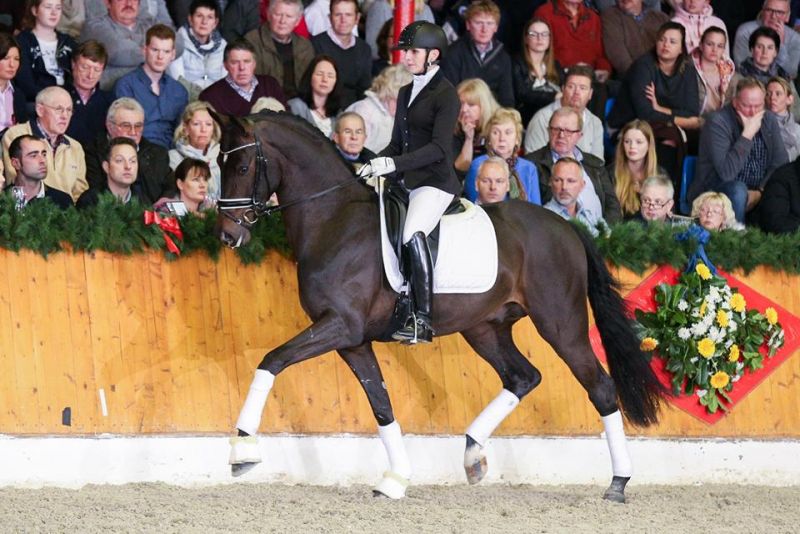 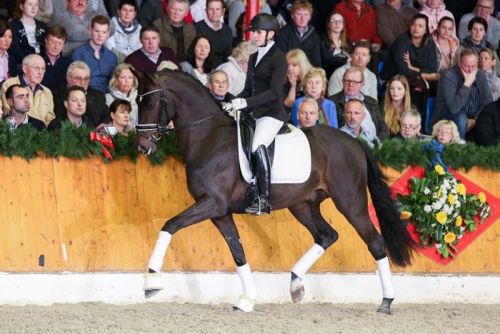