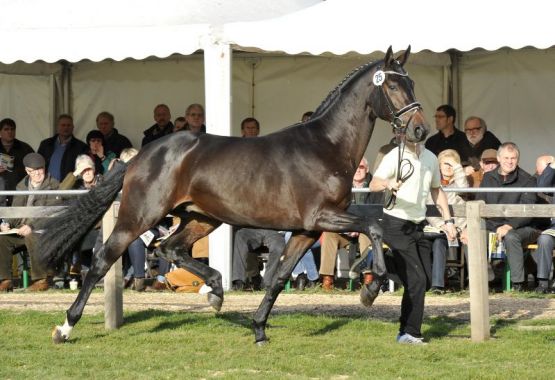 A genetic rarity. The dancer (Spanish Danzador) results from the combination of a Grand Prix horse with a thoroughbred legend!

The extremely noble, long-legged Danzador is gifted with a powerful, energetic trot with always engaged hindquarters which brought him to the sensational premium lot of the 2013 Hanoverian stallion licensing in Verden. After an exciting bidding duel under great applause the bay "dancing master" could be assured for Böckmann's stallion station. His first tests under saddle justify great expectations.

Danzador is a genetic rarity. Over his sire Diamond Hit he can refer to the highly up-to-date sire of the century, Donnerhall. On the maternal side, the most valuable refining blood can be found through the sires Lauries Crusador xx and Lemon Tree (by Lemon xx). In the following generations, Wendekreis and Waidmannsdank xx round off ideally the performance pedigree of Danzador.

Diamond Hit was Premium Stallion at the 1999' Oldenburg stallion licensing followed by being Vice Bundeschampion and Vice World Champion of the young dressage horses. Under Emma Hindle/GBR he won in dressage up to Grand Prix level. In 2012, Diamond Hit retired from sport, but prior to this, he was awarded VTV-Dressage Stallion in Vechta in 2005. Over 50 sons have been licensed, thereunder the NRW champion stallion Dubrovnik NRW, the southern German licensing winner Don Diamond, the Hanoverian Premium Stallion Dr. Watson and Bundeschampion Donovan. Della Cavalleria OLD/Victoria Max-Theurer/AUT, Dark Diamond/Hubertus Schmidt and Diamond Girl/Nadine Capellmann stand out of the flock of nearly 600 offspring who are successful in sport.

The dam's sire Lauries Crusador xx, who is stationed at the State Stud Celle, has influenced sustainably the German Warmblood breeding like no other refinement stallion. He himself reached a hadicap racing weight of 90.5 kg on the racetrack. 55 of his sons have been approved for breeding. In 2006 Lauries Crusador xx is still the only non-Hanoverian sire that has been entitled as Hanoverian Stallion of the Year. In 2013, he died at the age of 28.

The granddam Limone produced the licensed Lauries (by Lauries Crusador xx) and his full sister Lambada, who is dam of the State Stud sire and stallion performance test winner Bonifatius (by Belissimo M NRW).

The famous Hanoverian line of Nordenburg is also known for the licensed stallions Brandenburger (by Beach Boy; advanced level jumper), Deichvogt (by Duktus), Bentley (by Belissimo M NRW) and Sinatra Song (by Sandro Song), the advanced (S) level show jumpers Lone Star (by Landor S), Zackus Zarina (by Zeus), Enjoy (by Earl), Allamo (by Acorado I) and Apacho (by Acorado I) as well as the advanced (S) level dressage horses Weyden (by Warkant), Wunschtraum (by Wiesenbaum xx), Asperon (by Arogno/T.), Don Carlos (by Donnerhall) and Sacre Coeur (by Sir Donnerhall I). 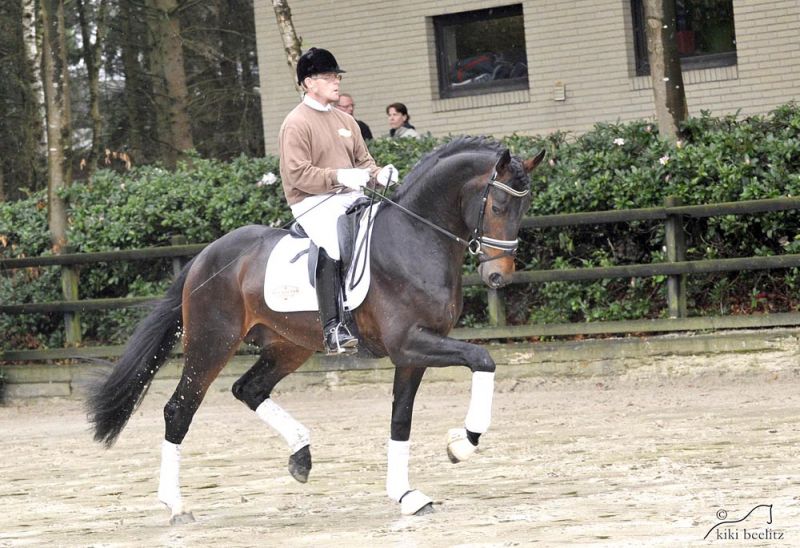 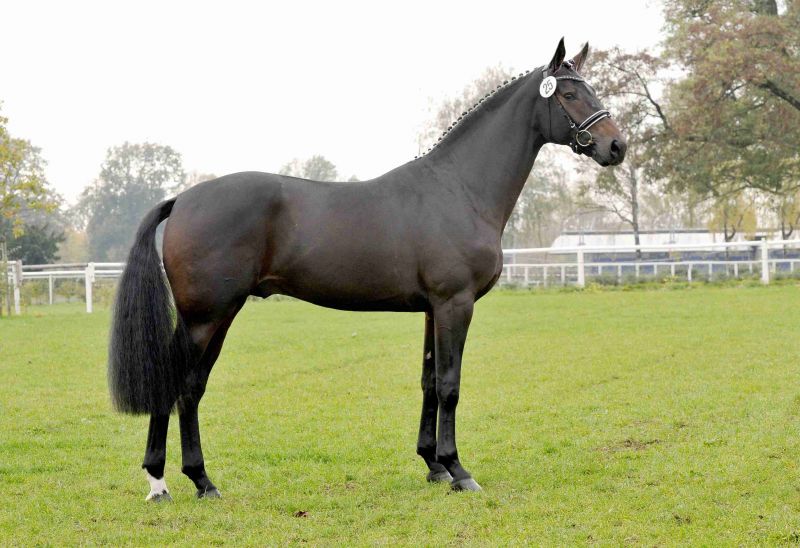 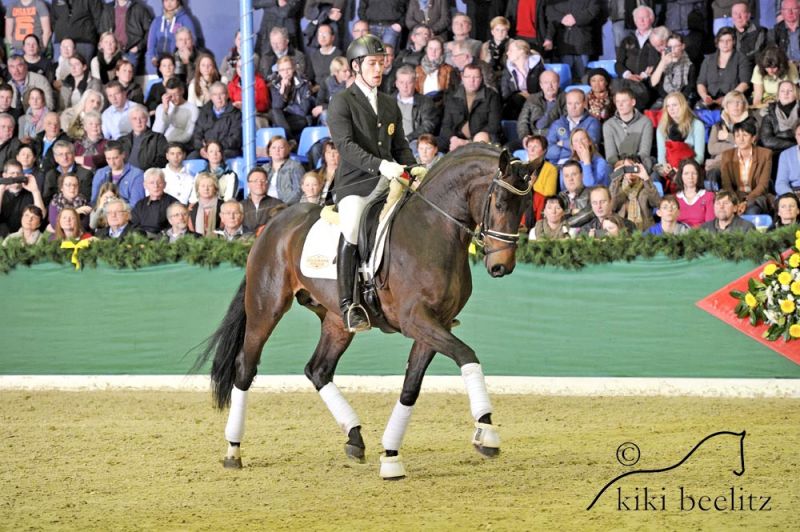 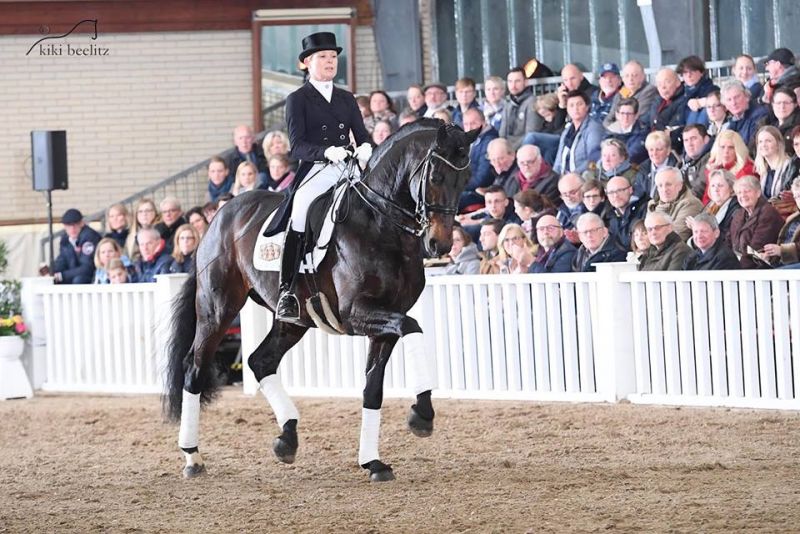 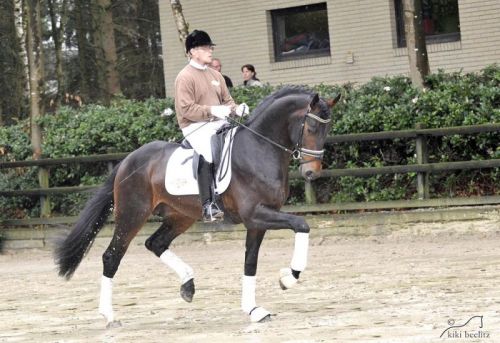 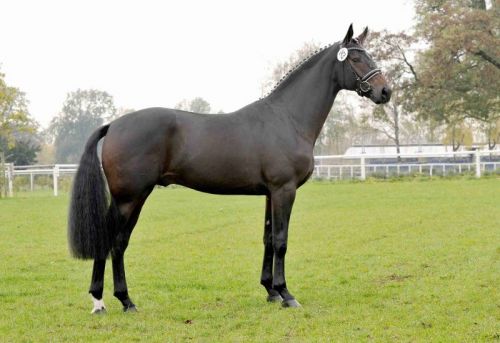 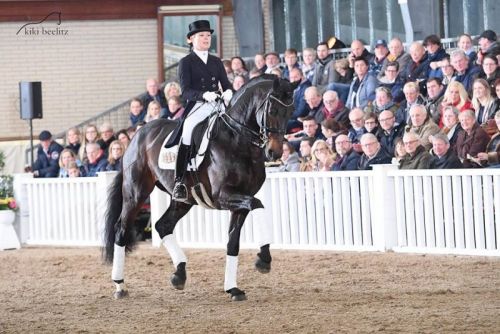