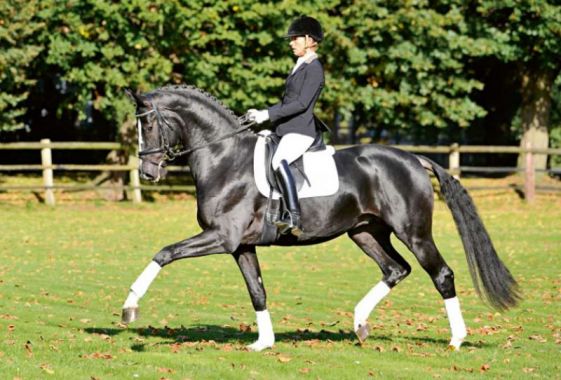 A king of the dressage ring!  Danciano is large in frame and impressive with a charming and elegant.  He was honored as a Premium stallion and was the price highlight of the 2012 Hanoverian licensing in Verden. This beautiful black stallion presents himself as a noble and self-confident dressage prospect creating a chic and charming overall impression. He is large framed with three equally outstanding gaits and his rideability is absolutely exemplary.

Danciano's sire, Dancier, was the champion stallion of the 2004 Hanoverian licensing as well as the 2005 performance test winner in Adelheidsdorf. In 2006, he was the reserve champion of the young riding horses at the Hanoverian State Championships and captured the bronze medal in the Four Year Old Stallions division of the Bundeschampionate in Warendorf after winning the qualifier for the finals there. In 2008, Dancier was a finalist at the Bundeschamionate for the Six Year Old Dressage Horses, and since then, he has been successful at the advanced S Level.

Danciano's dam, Rodney's Girl, is the full sister of the licensed stallion, Rood Vander, who is winning at S Level with Martina Hannöver-Sternberg. Danciano's dam's sire, Rotspon was a Premium stallion at the 1997 Hanoverian licensing, was the winner of his stallion performance test in 1998, and is well known as a striking dressage horse producer.

Wolkenstein II, found in Danciano's third generation, is certainly the most influential Weltmeyer son having been the 1993 Bundeschampion and stallion performance test winner.  Danciano represents the Hanoverian mare line 244/Dollarkunst (by Dollart-Format III etc.) which has been especially spread in Oldenburg through stallions such as De Kuyper, De Vito, Depardieu and Florion.

Danciano's quality is convincing and will surely become the source of success! 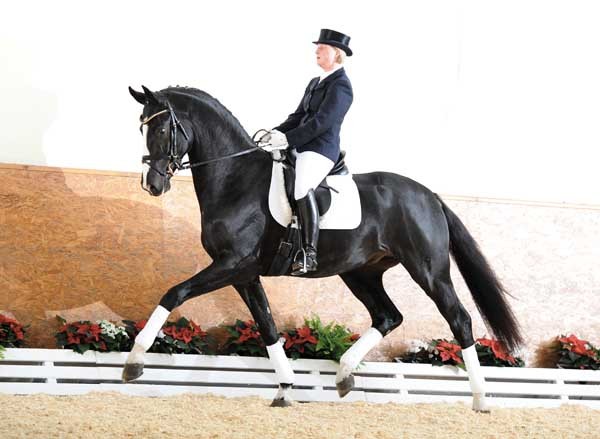 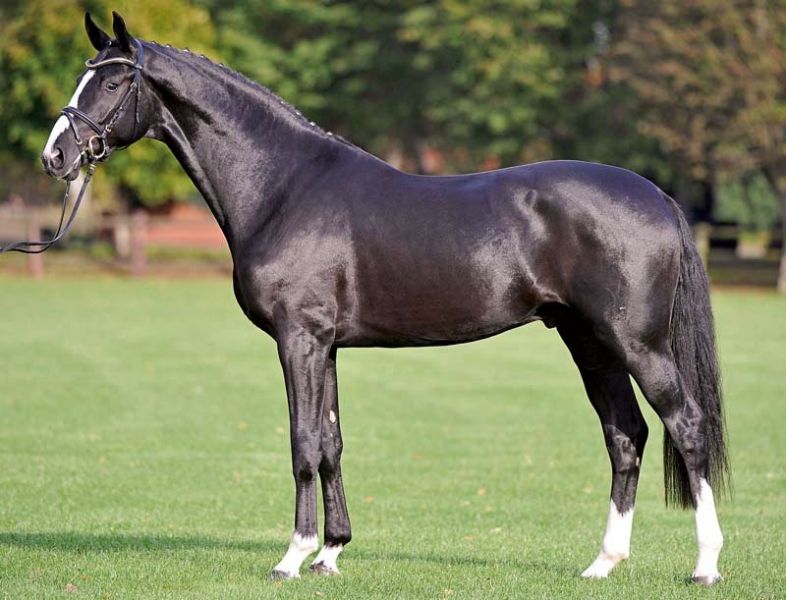 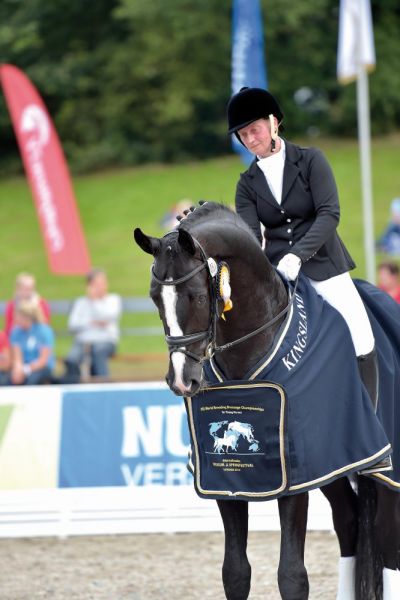 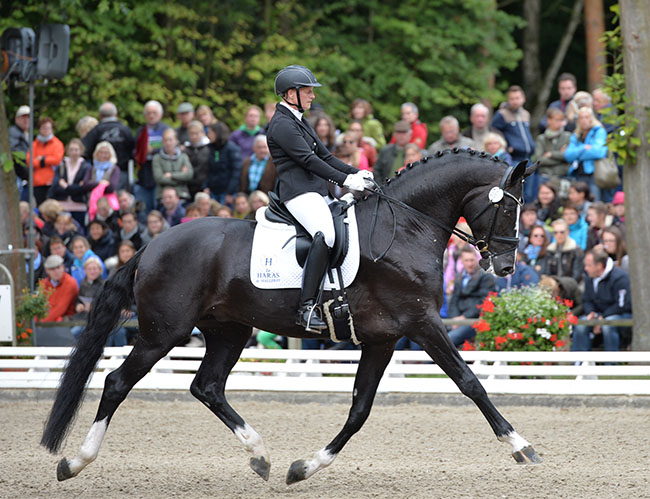 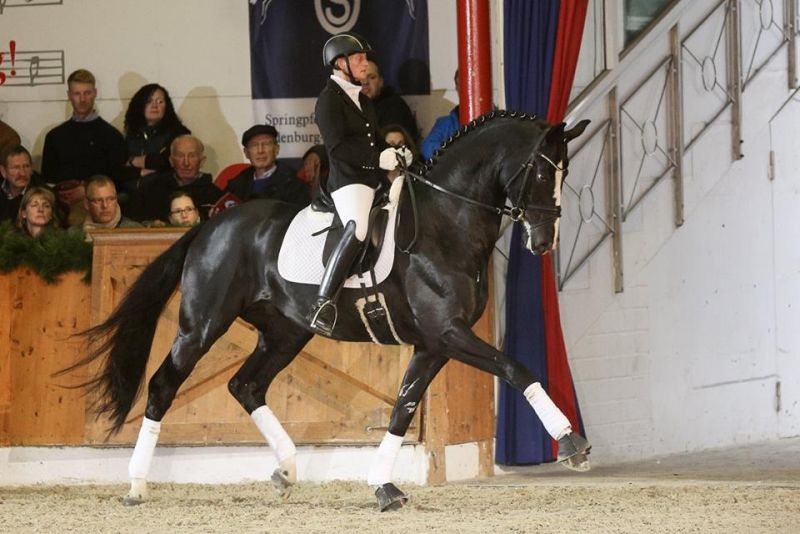 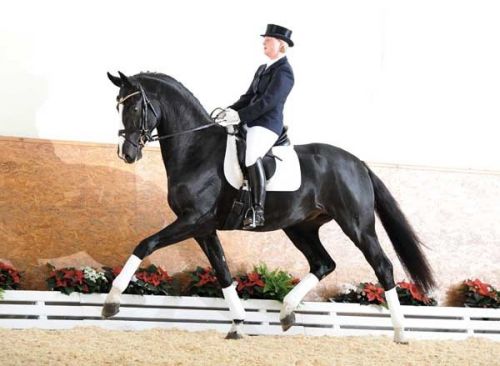 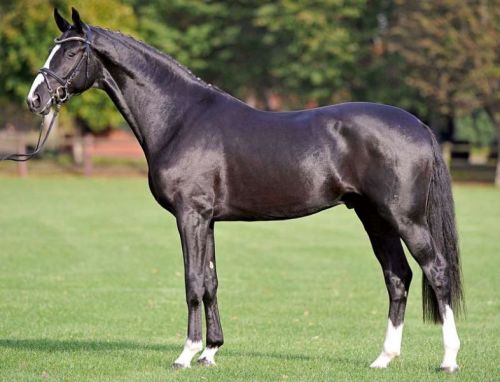 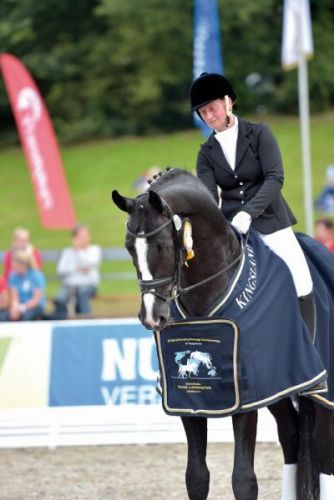 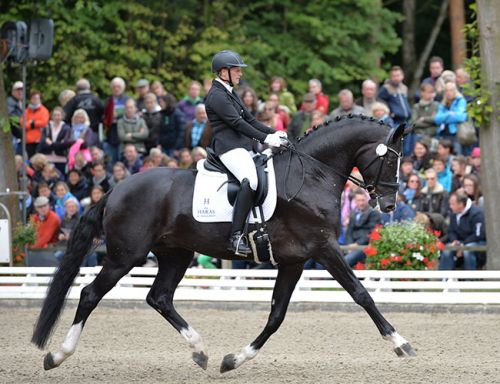 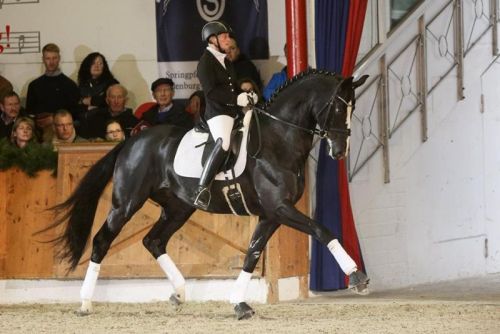