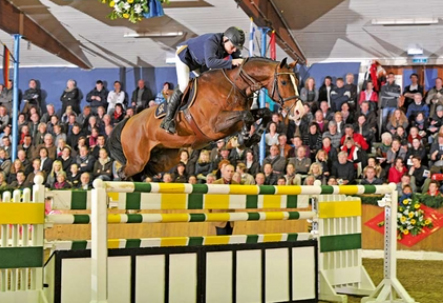 Cabachon is an extremely elegant, internationally successful jumping stallion with an outstanding record of achievement, and who stems from the best Holsteiner jumping lines. Cabachon is convincing with his extraordinary ability in the jumping arena combining enormous scope with a superior technique and bascule. His conformation is superb and performs with well-defined limbs. Cabachon has an exceptional bloodline. His conformation is superb and his noble, large, tall and long-lined with expressive head and nice long neck. He is a very positive stallion who makes airy leaps with good technique, resilience and rhythm. He shows much attention to the task at hand and has a willingness to work and confidence that are transmitted into an ease of jumping.

After completing his 2008 performance test in Vilhelmsborg, Denmark, he was a finalist at the 2009 World Championships for the five-year-old jumpers in Lanaken, Belgium, and then debuted in sport under the Norwegian rider, Stein Endresen. Later, Cabachon succeeded in international shows under Oleg Krasyuk, Ulrich Kirschhoff, and Katharina Offel. In 2013, Cabachon came in third in the Grand Prix of Rastede.

In breeding, Cabachon has set standards in Scandanavia. In 2010, he was the most used jumping stallion in Sweden. His oldest offspring in Sweden and Norway attract attention because of their sporty type and inherited jumping ability. His offspring are equipped with the same qualities as their father and have already excelled in sport. His offspring have competed up to 150 jumps and is the father of the stallions Crusador Ice and Triton Kastak. Cabachon is a A-premier, based on his offsprings good results in SWB's young horse assement and in competition.

Cabachon's son, Dassett Ricochet, was imported to the US in 2018 and since has done quite well in sport. In 2019, he won the Woodside CCI2*, was 5th at the Open Prelin Twin Rivers Horse Trials, 3rd at the CCI2*L Rebecca Farm July 2019, 4th in the Open Preliminary Twin River and at the Galway Downs and more.

Cabachon's sire, Casall, combines the top stallions, Caretino and Lavall I, into the pedigree. Already at a young age, he is on his way to being a top class sire. Casall has produced more than 40 licensed sons including the 2013 Holstein champion stallion, Casaltino. Cassal was successful under Rolf-Goeran Bengtsson of Sweden at the 2012 London Olympic Games and won the bronze medal with the Swedish team and came in fourth individually at the 2013 European Championships in Herning.

Cabachon's damline contains the blood of the two extremely valuable stallions, Concerto II and Joost who only had limited availability for Holsteiner breeding. This significant damline, 628b has produced 38 licensed stallions including sires like Cheenook, Feldherr, Lavaletto, Linos, Rekord GL, Rhenus and Romantiker, as well as the internationally successful sporthorses C. Chap (ridden by Soon-Won Hwang), Carino (ridden by Ulrich Kirschhoff), Charmonie (ridden by Hans-Dieter Dreher), and Classic H (ridden by Toni Hassmann). 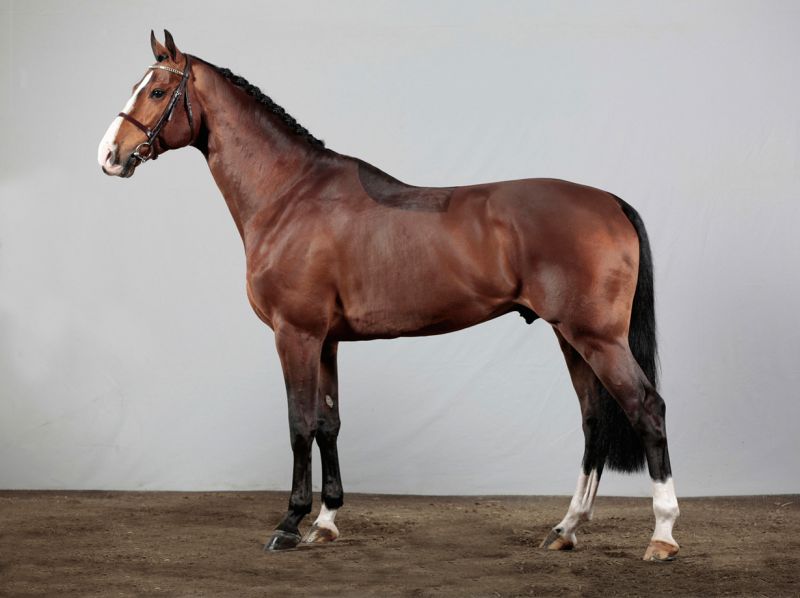 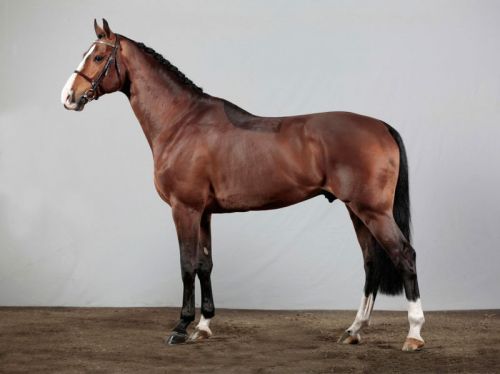