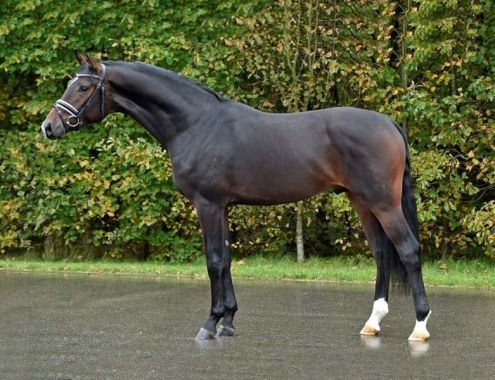 Fortron was purchased as a two-year-old and even as a youngster his superior qualities eminated. At the Oldenburg stallion licensing in Vechta, Fortron was licensed and selected from a total of six premium dressage stallions. He was the absolute favorite and impressed the audience. The Oldenburg breeding management praised Fortron for his modern, sporty-type and very clear lines, emphasising his constant balance and concentration and his three excellent gaits.

Fortron is a stallion with a great deal of confidence and a superb rideability. He meets his tasks head-on and with a great willingness to work. His calm demeanor and sweet personality make him easy to handle.

His sire, For Romance II, was himself a premium stallion bred by Paul Schockemöhle and stems from a very strong family line. His brother, the former champion stallion For Romance I, competes at the Grand Prix level and was honored as the VTV Oldenburg Dressage Stallion of the Year 2019. His dam Gesina is a special dam who produced champion elite mare Fasine, the highly successful mares Best of All and Fürstin Gesine, and the stallions Feinrich, Don Romance and Fürst Donnerhall. Several of Gesina's offspring are now competing at the Intermediaire level.

Fortron's dam sire is the De Niro son, Desperados, who has been one of the world's top dressage stallions for a number of years. With his rider Kristina Bröring-Sprehe, Desperados has been part of the German national team and helped to win team silver at the 2012 Olympics, team gold at the WEG in 2014 and team gold at the 2016 Olympics, where the pair also won individual bronze. In 2018, the former German champion retired from a long and glorious career with countless international victories.

Fortron's dam line has been supplying S-level competition horses for generations, primarily in show jumping. His dam, Down Under, even competed in dressage at M level. The dam line also produces stallions such as Don De Niro, Dream On, Sanletto and Royal Rhythmik.

Fortron's pedigree boasts some of German breeding's top stallions including Weltmeyer, Florestan and Sandro Hit, as well as, the legendary stallion Donnerhall who appears several times further back in the pedigree. This means that he is a good match for mares with, for example, Dutch ancestry. 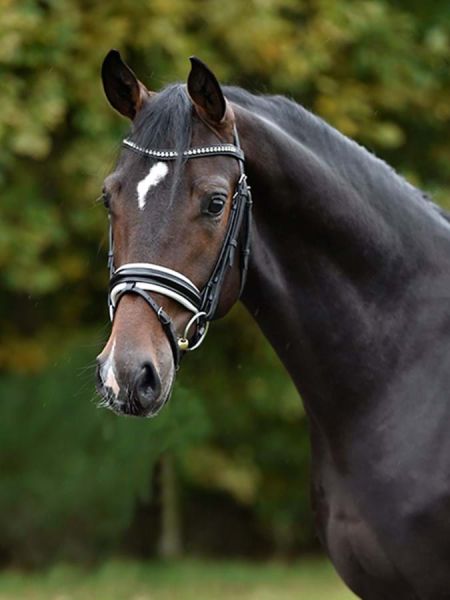 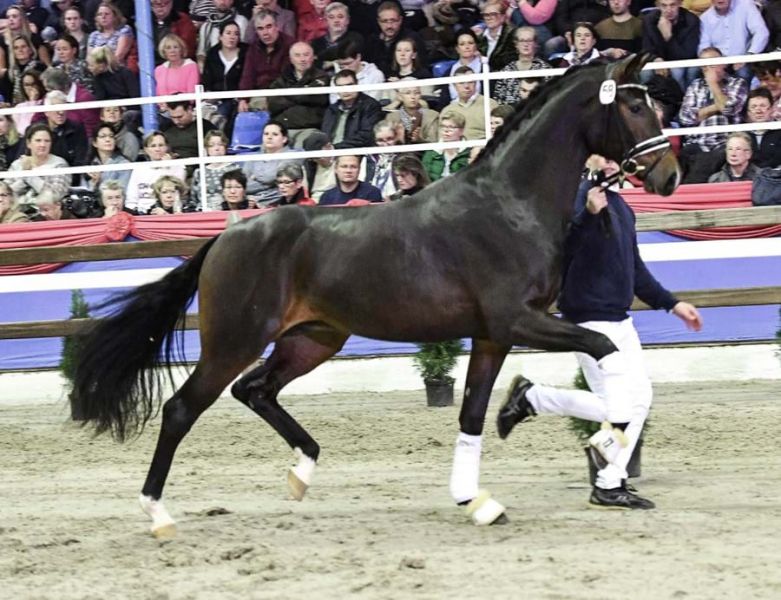 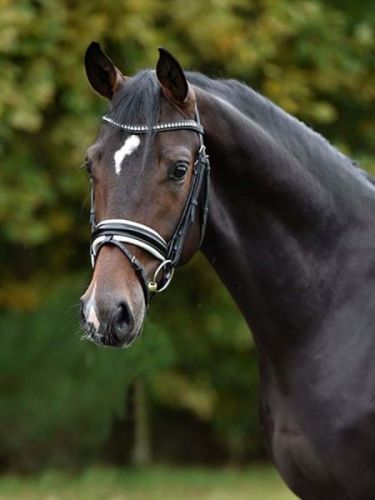 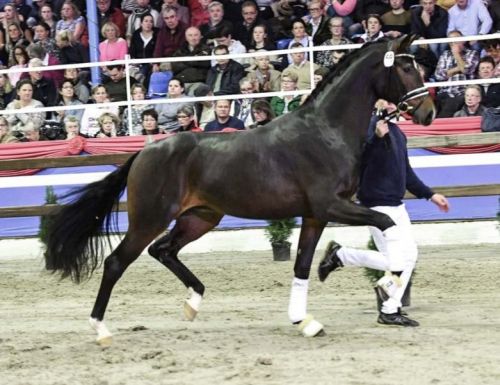