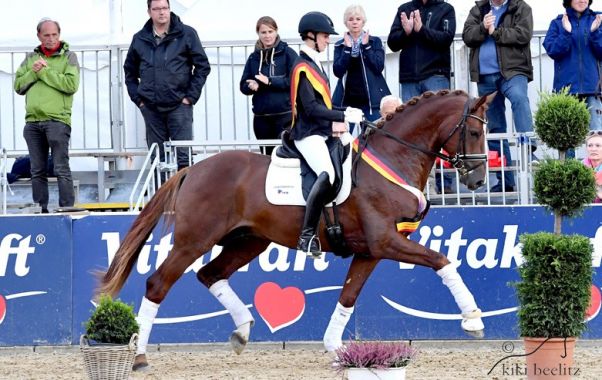 Damaschino became German National Champion with his victory in the 2019 Bundeschampionate for 3-year-old stallions with an overall score of 9.3 points and 10 points for his schooling. He placed fourth in the qualifier and third in the final of the 2020 Bundeschampionat four-year-old class with a final score of 9.4.

He finished his 50-day stallion performance test in Schlieckau as champion, with an overall score with dressage emphasis of 9.35 points, 10 points for the overall impression and 9.75 points for rideability.

With his sporty appearance, Damaschino captivates with his type and looks, as well as with his large movements and complimentary long legs. Based on the line of formative Trakehner mare Donauquelle from the Klosterhof, Damaschino links together all successful stallions from Klosterhof Medingen namely the Grand Prix Champions Caprimond, Fidertanz and Danone.

Elite mare Donauquelle provided the Champion family of all German breeding associations in 1994 at Warendorf. The granddam, state premium mare Donaumärchen II, was runner-up to the National Champion in 1994 and she provided, together with De Niro, the Hanoverian stallion Donautanz. Donautanz is father of Daktari FBW, who won the Piaff Förderpreis with rider Lisa-Marie Klössinger in 2017 and who became European Champion of the U25 riders.

Damaschino is a stallion who can improve trot and gallop. 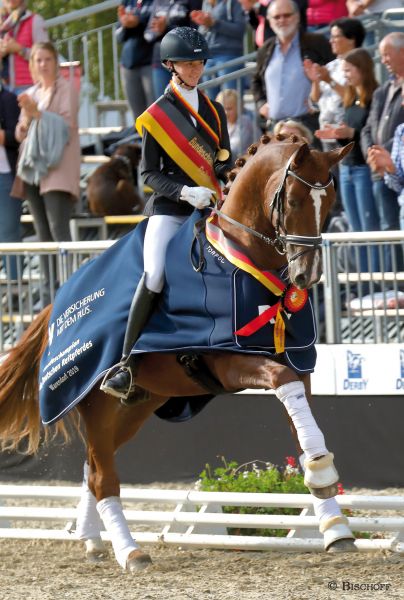 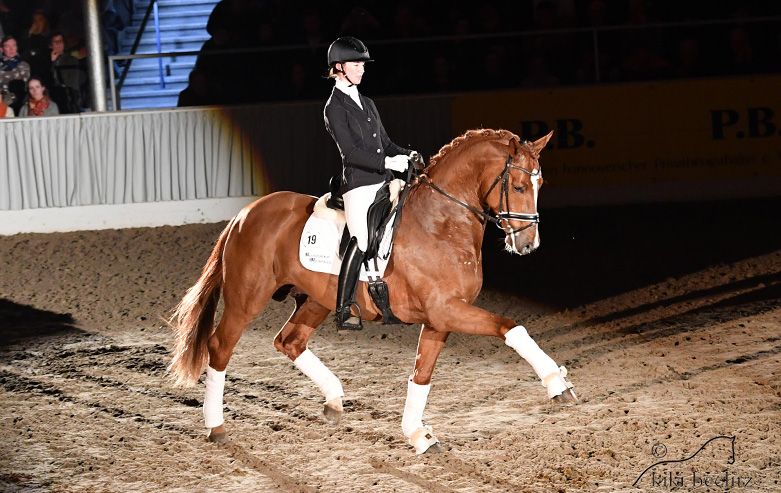 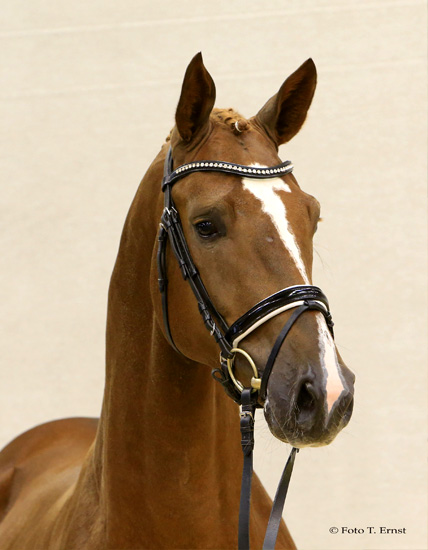 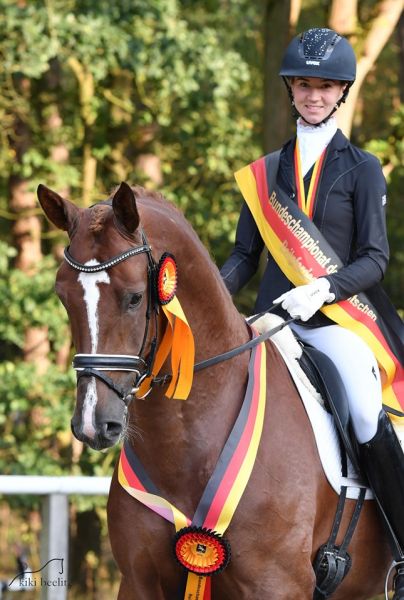 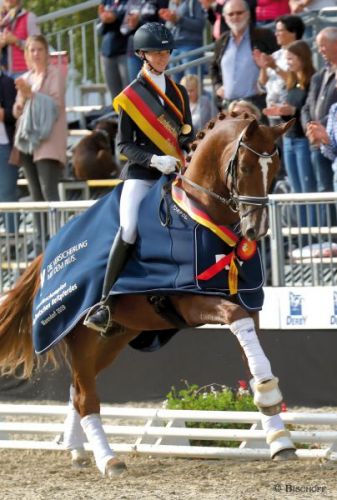 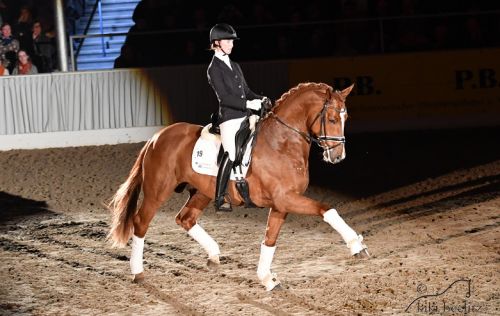 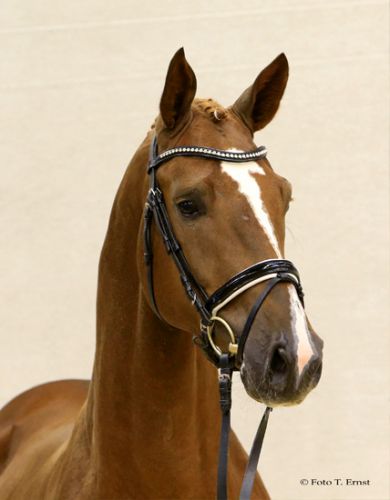 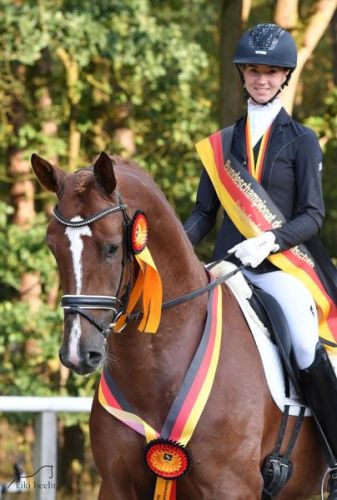