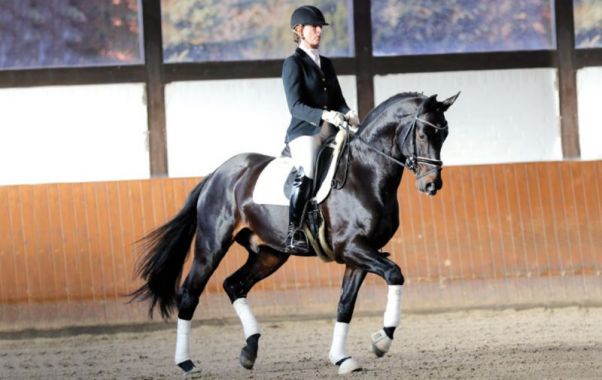 In perfect self carriage, Sundance Amour captivates with terrific expression and great movement. With his impressive type, uphill frame and his correct, medium foundation, Sundance Amour has three very good basic gaits.  His gallop is especially impressive.  Spotted at the foal auction in Verden and licensed at the follow-up licensing in May 2017, this newcomer is now available for the first time at our breeding station.

Sire San Amour was premium stallion and the priciest stallion at the licensing in Vechta in 2006. In 2008 he was awarded first premium and he was champion of his stallion-performance-test in the dressage index (rideability 9.5). For years has provided top mares for the elite mare shows in Rastede as well as with other breeding associations. Many of his offspring have been highly successful at the Oldenburger Landesturnier and at the German National Young Horse Championships in Warendorf.  Especially in combination of Sandro Hit with the blood of Donnerhall we see a promising future for Sundance Amour.  This with the World's Best Dressage Stallion De Niro on the mother's side, this pedigree is sought after. The dam line carries the best Hanoverian performance blood which has produced many show jumpers.

Sundance Amour is a stallion who can improve type and rideability.

In 2017, Sundance Amour finished his 50-day-performance-test with an overall score of 7.81 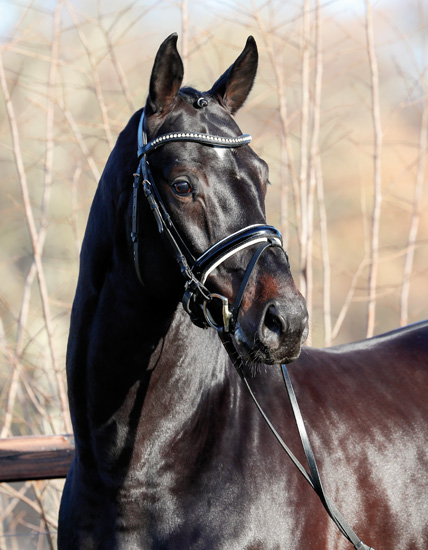 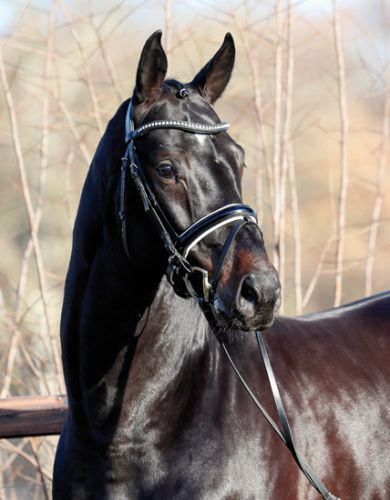